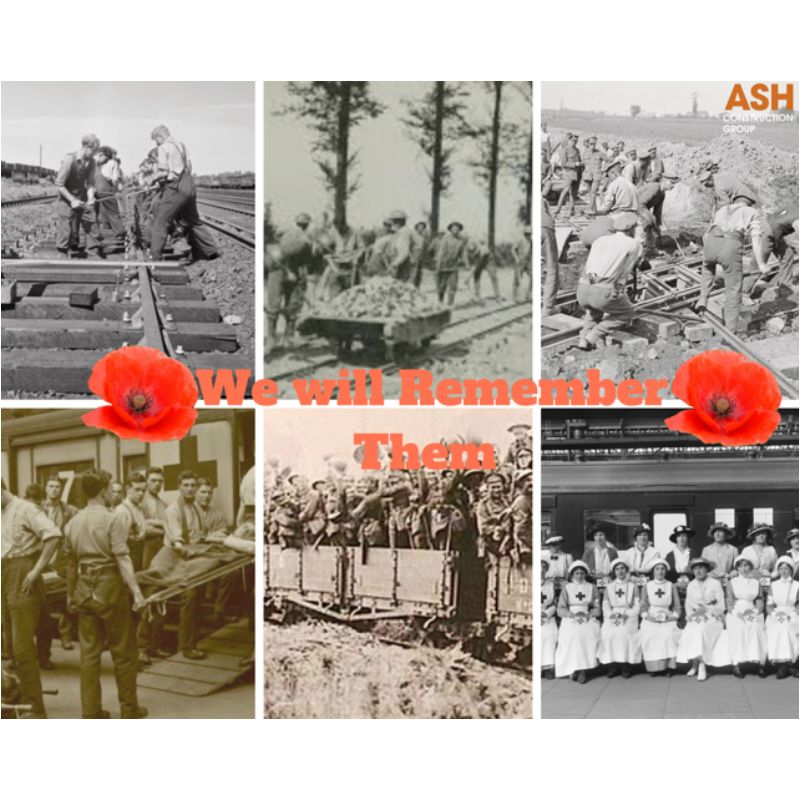 The railway played a vital role during WWI & WW2. When Britain declared war on Germany in 1914, trains efficiently moved huge numbers of troops and equipment between the Home Front and France. More than 20,000 Railway Workers lost their lives in WWI alone.
ASH CG are beyond proud to be working across the infrastructure this Remembrance Sunday. We Will Remember Them 🙏 #remembranceday2021 #rememberthefallen #wewillrememberthem #railwayworkers.